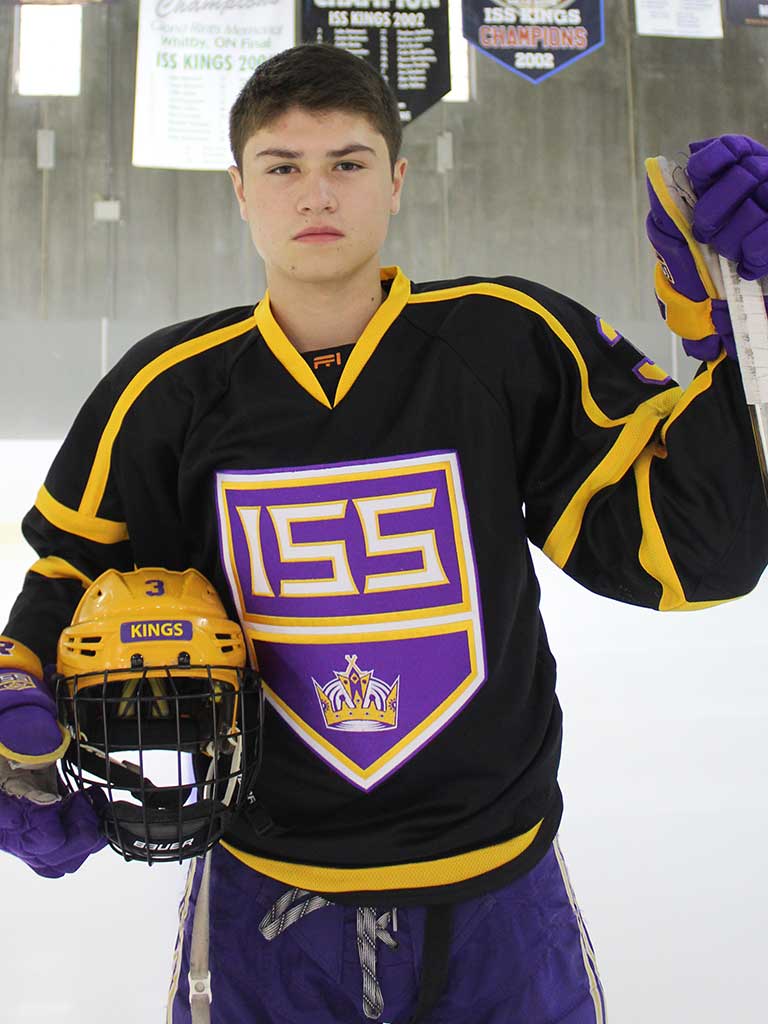 “there’s certainly a lot to like about Luke Antonacci’s game. Capable of playing up on forward, the offensive-minded defenseman is mobile, elusive, and one of the more creative players in the draft. He’s got a comparable style of game to a guy like Brendan Kischnick in the ’01 age group, although he’s probably profiling as a better version at this point. It’ll be interesting to see if the NCAA interest materializes in a commitment next fall as the college path is likely going to be in his future” Priority Selection.ca

“He works hard and has a solid game.  He can play forward or defense as he did in this event (USA Selects 15).  He reads the play well and moves the puck accordingly.  He made smart plays and has a very good set of skills.  He is a fine skater with some quickness and agility in all directions.  He plays with a lot of energy and is a skilled rearguard with potential.  He creates plays and works hard at both ends of the ice.  He is a solid USHL prospect who should be watched more next season” Amateur Hockey Report.

”AS: slick-skating defenseman, Antonacci displayed excellent poise and elusiveness under pressure. His heads-up mobility and clever anticipation followed by the ability to stop and quickly change direction on a dime is a big asset. Offensively he is highly-skilled with soft and quick hands.” Andrew Sykes, TheScout.ca

“MG: defenseman who does have really good footwork and playmaking skills. Knows how to impact the play with his feet and his smarts”. TheScout.ca

Nolan Howe: “Top-six skill and will have no trouble cre ating offense as he makes his teammates all better”.

D. Mac’s Quote:Great matturity and poise. Born leader and will be catalyst for many years to come. 2 way forward and will wear a letter on any team he plays for”

NHL Potential: Top line player, set up man and can run a very dangerous PP from the perimeter.